On April 10, 2016 the Board of Trustees of Wilmington First United Methodist Church voted unanimously in favor of recommending the Church Council approve participation with the Family Promise program on our church property.
END_OF_DOCUMENT_TOKEN_TO_BE_REPLACED The words that bind or hurt: “The United Methodist Church does not condone the practice of homosexuality and considers this practice incompatible with Christian teaching.”

More than 100 pieces of legislation on human sexuality will be considered by the 864 elected delegates.

Global delegates will grapple with full inclusion of lesbian, gay, bisexual, transgender and queer people in every aspect of church life and worship. Many petitions ask the body to “agree to disagree,” while others want the church to uphold biblical guidance on whether homosexuality is a sin or not.

The Philippines Central Conference College of Bishops released a statement calling for the 2016 General Conference to lead the denomination “into a more inclusive and forward-looking future where our differences on issues concerning human sexuality are finally resolved.” “Apparently, we had a tornado,” said the Rev. Steve Harshaw, as he looked over remains of Davis’First United Methodist Church after a storm on the evening of Tuesday, April 26.

The storm caused the building’s roof to collapse into the sanctuary. Some of the church’s stained-glass windows lay shattered on the ground, while others remained intact.

The sanctuary is considered a total loss, Harshaw said.

No one was injured, he added.

As damage to the church was being surveyed and workers began hauling away debris, Harshaw was considering where to have —> more. 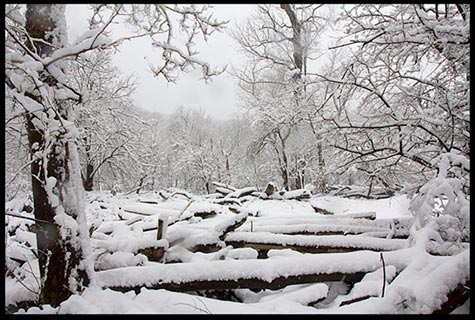 “I will rejoice greatly in the LORD... For He has clothed me with garments of salvation, He has wrapped me with a robe in righteousness..." Isaiah 61:10